The feed container moving on conveyor belt are feed into an infeed star wheel through In-feed worm, star wheel bringing the container below the sealing head in the subsequent indexing part, mean while the bottle pickup a cap from the delivery chute of cap filling bowl, where the body and the neck of the container are positioned below the rotating head, where the sealing head is performing perfect operation of threading & sealing. 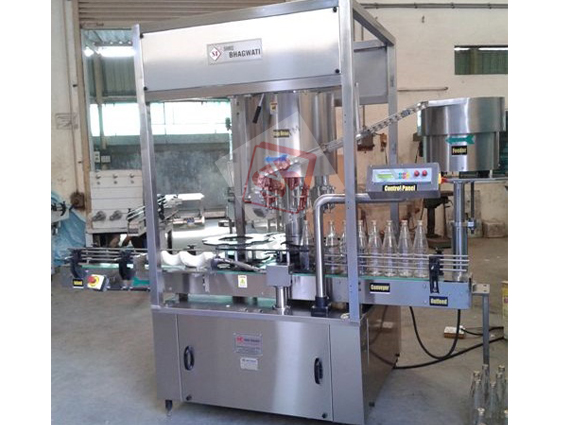 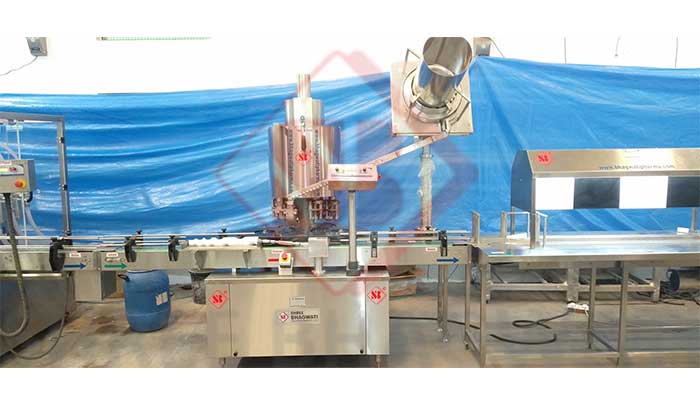